Security Bloodhounds are enemies in The Surge. 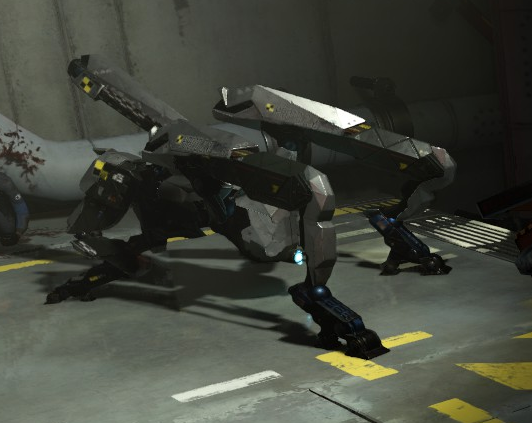 They are the upgraded form of Bloodhounds, first encountered in the Conveyor Hub area of Central Production B after completing Research and Development. Being an upgraded form of the Bloodhound, they have access to additional attacks, but otherwise, all the advice on that page applies.

Security Bloodhounds are fast, aggressive combatants, with medium durability. They have one targettable limb, the Tail, which can be severed to prevent them from using some of their attacks. However, as the remaining attacks are arguably more of a threat, this may not be always recommended.

The Security Bloodhounds use the following attacks:

Try to avoid fighting multiple Security Bloodhounds, as their leaps will make it very difficult to attack one without being hit or dying to another.