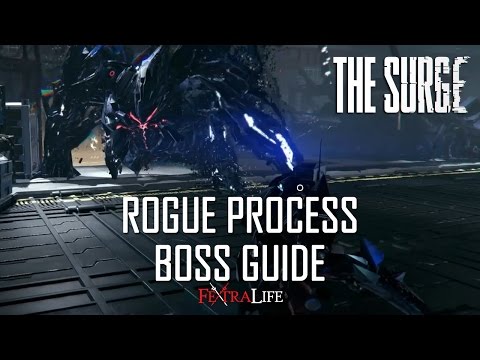 When the fight starts he will shoot 3 homing projectiles at you and most likely leap to your position, so dodge a lot then counter-attack against his arms. You want to dash in and hit his limbs and dash out quickly. Don't stay in front of him or under him for very long. Since your attacks cannot build much Energy against him, it is recommended that you have at least 3 Vital Injection v.5 slotted. When his health gets low, use the Overcharge (10) power conduit to begin the second phase.

In the second phase, he will be a humanoid and you will fight him much like you fight any other. Dash in, hit him and dash out. Use your Medi-Voltaic Injection v.5 to heal often and dodge left and right, insteaad of back, as his weapon shoots projectiles forward sometimes when he attacks. Execute him when he is low on health.